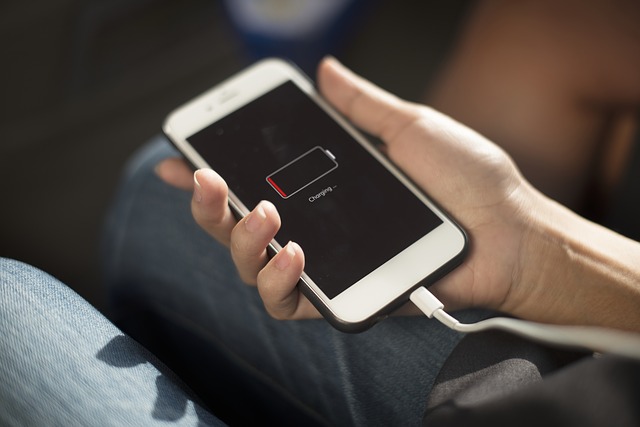 I’ve been speaking in schools now for many years, and something interesting is arising. In fact, the last school I walked into, I talked to the principal and some of his counselors, and I said, “Hey, let me guess. You’re seeing anxiety rise up all around you, and you’re putting out fires all day.”

I said, “About 15-20 minutes after school starts, you have kids line up at the counselor’s office, because they’re going some kind of an anxious or panic type event.”

“You’re now sending kids to the hospital in crisis, where you’ve never seen this type of thing before.”

They go, “Yep,” and I said, “Do you have any idea where that problem might be arising,” and they all pointed to the smart phone. I said, “Really,” and they said, “Yeah.”

In fact, to prepare for upcoming mission trips, the Missionary Training Center in Provo, Utah requires thousands of 18 to 19-year-old young men and women to give up their smart phones. They now have dummy smart phones that don’t do anything, just to hand it to the kids like a pacifier to help them get through that transition.

I also talked to an admiral in the Navy who told me that at boot camp they are pulling cell phones away from these kids, even though they know that the first month they’re going to be a mess. It’s just something they’re aware of now, and I guess they try to take it easy on them or just are aware of that problem.

So, what’s going on?

It’s rising up around us. Do you see parents ignoring their children while they play on their phone? Do you see a bunch of kids out on a playground, they’re not really playing anymore? They’re all looking at their phones. Do you see teenagers all sitting around in a living room, all playing on their phone? Walk anywhere, and you see this addiction that seems to be rising up.

Now, is it an addiction? There is a test online you can take. Are you addicted to your cell phone? Questions like, “Do you have to look at your cell phone before you go to bed? Is it the first thing you look at in the morning?”

Are you addicted to looking at Facebook and seeing what everybody else is doing? Do you have fear of missing out? You’re afraid something is going on in the world, and you’re going to miss it if you don’t stay in touch.

One young man who was trying to get off his cell phone a couple of years ago, told me that phantom vibration we feel in our pocket, his doctor told him, “…is your brain sending a message trying to get you to look at your phone, because it craves that phone.”

In fact, Simon Sinek talks about this. He discusses millennials and this issue they’re going to have to overcome, that we are losing the human connection, because of this electronic connection.

At a recently assembly, I told the kids about this phenomenon that’s occurring around them, because they born with it. They don’t know anything different.

I said, “Do any of you have darkness inside? Do any of you feel really yucky inside, and you don’t know what to do with it, and you think you’re the only one?”

“Let me show you what you’re missing out on,” and I took one of the kids out of the audience, and I sat down in front of them, face-to-face, and we did a thing called deep listening, where we really listened, instead of being distracted.

I asked them, “Have you ever noticed when you’re talking to someone, the other person already has something that they want to tell you, and they’re just waiting for you to shut up so they can tell you? Well, that’s disconnecting.”

“Have you ever been listening to somebody, and you disconnect, because you’ve got a better story than the one they just told you, and you can’t wait? Or you’re going to correct them as soon as they’re done, or you’re going to judge them.”

All of these things are going on, and I teach that you just sit there with the other person, and you listen as a human being, not to correct or anything else. In that moment, there is a connection that happens, and the young person right in front of me can feel it, and then I look at the audience and I say, “You all felt that, too.”

It’s like you can hear a pin drop. They all are focused right in, and they all have that experience, and I said, “That’s what human connection is all about. It’s much stronger than electronic connection.”

I heard a neuroscientist that I was listening to at a lecture say, “The problem is we have a 15th century brain overloaded with 21st century technology. Every time you get a notification on your phone, every time you see a like, what happens is you get a shot of dopamine, and just like a gambler, just like somebody who is drinking, and it feels good.”

So, like Simon Sinek says, “Kids are going through a messy part of your life. It’s hard. Hey, let’s just take a drink of that bottle. Well, the bottle’s been given to them by their parents in the form of a smart phone.”

I learned that the first thing to do to get un-addicted from your phone is turn off all notifications. It’s a great tool if you’re using your phone. It gets a little sketchy when you go, “That phone is controlling me.”

So, that awareness just needs to arise. I spoke at Utah State University, and when I was through speaking, one of the administrators there said, “That is the number one hottest topic across the country right now, mental health.”

Instead of taking his word for it, I got online and I looked it up, and I went, “Oh, my gosh, it is.”

All across the country, it’s happening. You want to find people that are depressed? Very simple. Get on Facebook and look at the people that are posting continuously day after day after day. There’s something going on inside. Something’s missing, and they’re trying to find it through social connection, instead of human connection.